I guess Mai Dung, the owner of Zen Cafe would never get bored of telling us her stories about Dalat. Mai Dung is originally from Hanoi. It had come to a certain point of time when she realised she had got enough of all the unnecessary stress , headache and attachment of the chaotic city, Dung sold her house and moved to Dalat. I didn’t bother to ask how did she ended up living with Axel up here but I think I can easily tell the reason why. Axel fell in love with Mai Dung and with Dalat too – the reason he decided to book a ticket to come back to Dalat for the second time, but this time was a straight one-way ticket. I heard Axel’s sister will come all the way from Austria as well to help them manage Zen Cafe and Zen Valley.

I spent half of my day wandering around the “Zen Valley”. There were flowers everywhere obviously and many beautiful houses. I love how they painted their houses in different colours which made me feel like I was in Venice. But what surprised me the most was the number of pagodas in this floral city. I was told that there are about 5 or 6 different pagodas all kinds just near by the resort where I stayed. I kept wondering but I think I know why – and perhaps I will explain the reason in the next chapter.

After having passed by a few pagoda, I made my way up to my all time favorite spot – the Zen Cafe again for my late lunch. It was all decided for that day: my lazy day and that I will just do whatever I feel like doing. 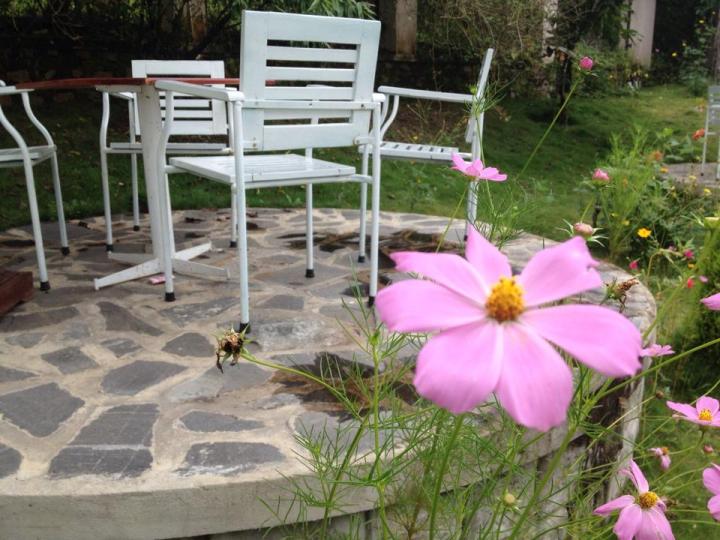 That was how I spent my second day in Dalat. Getting back to the Valley for a hot shower in the evening, I watched again “Now you see me” for the 4th time of my life – I just can’t help watching it over and over again every single time I see the film on StarMovies. I guess it was him Jesse Eisenberg – the main reason that I am so particularly obsessed with this film. And then the only option on TV for me was StarWorld Asia where I can watch American Idol, U.S MasterChef, the Rachel Zoe Project and later on Styled to Rock. That night was the first time in my life I paid attention to “How I met your mother” and fell it love with it. The episode was about Robin & Barney’s wedding and it belongs to Season 9 – the last season of the entire series. When it comes to this, I am not even sure whether I have missed all interesting parts of the series or the fact I have saved lots of my time for not following it from the very beginning? Because it didn’t take me 9 years and 9 seasons to give the answer to that question: “How Ted met the Mother” but only a few of the very last episodes.

I had taken the below picture before putting a happy ending for another peaceful day in Dalat. I think that probably was a mulberry farm. I could see the farmers kept the light on during the night for which I didn’t quite catch the reason. I enjoyed the view pretty much then later on, I figured out something different. Obviously the beautiful light down there was not there to entertain me, it is to maintain a suitable light and temperature condition to speed up the growing process of the mulberry trees. In other words, these trees are forced to grow up 27/4 so the harvest season will come faster. Poor trees! I thought. but I guess this is just LIFE. Goodnight!

Pillow time ☁️
Looking forward to an exiting project with @chulafashionhouse @woocares and @etuhandkraft ♥️
🌆 @fusionoriginalsaigoncentre
First new year’s lunch with my big brother and he gave me a piece of wood 🪵🤭 #palowood
Last night, in my dream ☁️
🌊