It’s funny how my phone could be instantly filled up with texts and calls and missed calls during day time and almost always in an absolutely silent mode at night. It actually makes sense because I set my phone on ‘airplane’ mode every single night… So that I won’t get disturbed while sleeping because of unnecessary notifications/the light and everything. And so that I wouldn’t have to wait for someone to text me or call… 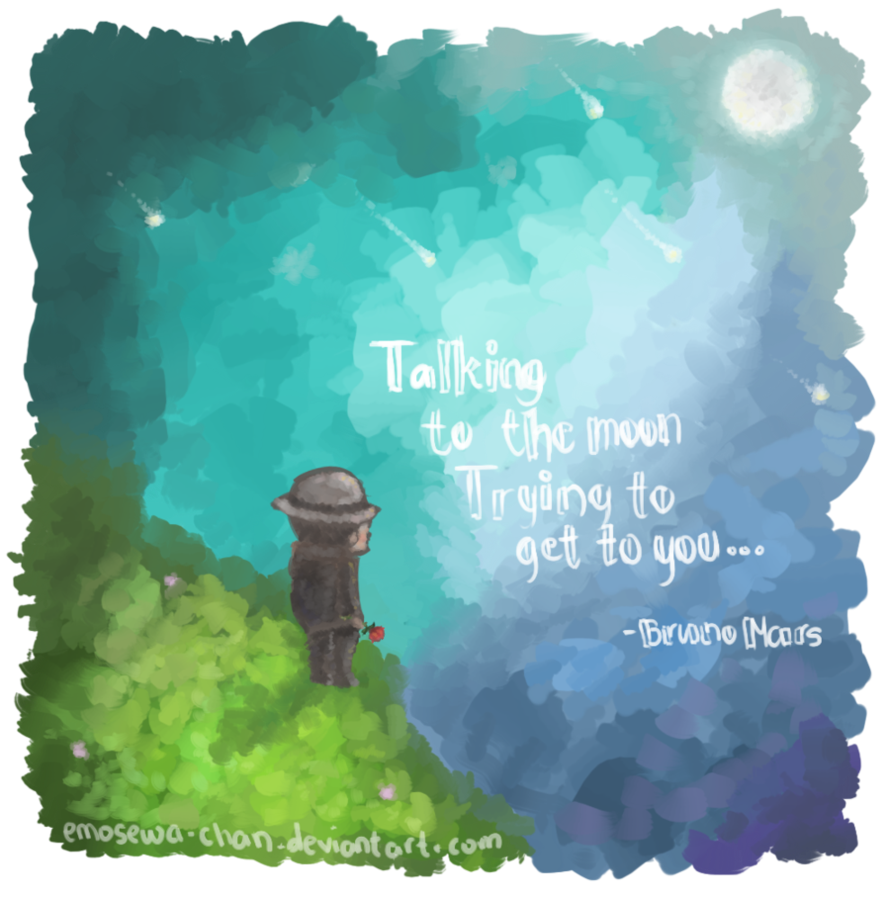 I’ve got in to an extreme case I guess. That guy who has plenty of problems but why can’t I just forget… It’s been to the third year already and I don’t think I can forget that person. I don’t know why it’s come to this. I should have forgotten him just like anybody else. I know I will but when?

Not that I keep holding on to him. I have let him go and completely let go of him too. If this is not love then I don’t know what it is… Addiction perhaps?

Who said we would never get the best out of everything? I am sure I did. And I think I am right. No matter what it is and how life turns out to be… I think I will just be fine. Isn’t that always true? Then I can say… Yes it is okay not to go back in time and make a wish that we could be together. I cannot hate you and I won’t. I think loved you (but not to dead) and it was just enough that I wish you all the best in life, even if it means we’re never getting back together. I want you to be happy – And as much as I would like to have my own freedom, I want to set you free to go after what you want in life.

Thank you for being a great part of my youth. And thank you for all what you’ve done, because I know, if this wasn’t because of you, because of me and because of us, I wouldn’t have become who I am today.

I grabbed myself one of the Post-it notes, wrote your name down and sticked on the wall.

Food, Cross-Culture, Love and everything in between…

If you have not watched this movie then do it now 🙂

I allow myself to confess some of my weak moments today. Well this is still my world isn’t it? I’ve been thinking of someone and still thinking of that person today. It’s the man who said something to me that got stuck on my mind for months. He said we were not normal. And he said our relationship was not normal for one reason and for many other reasons… But why, I wonder, it only appeals to me that we are just so ordinary? Because if we were not normal, we would have overcome all of those common obstacles. We know it’s not easy and I never thought it was easy. But mister, have you ever ever thought back on the reason why you started all this? And the reason why we started all this?

Maybe none of that matters to you now. It’s a bit unfair because I’m just a little too not over you. I know there will definitely be a day that I will completely forget about you and the day when my heart can actually get settled. People say “Do not give up on someone you can’t go a day without thinking about”. I don’t know why they could even say something like that. Have you ever seen a person who claps with only one hand? I guess not…

I’ve always been asked by many people if I ever had a boyfriend as they hardly ever see me publically disclose any information regarding my relationship status nor private life. Well, I think that was something that I used to do, when I was 15 – back to the point that Blog 360 by Yahoo was so popular in Vietnam. I was, like many other teenagers, so flattered by the fact that I had one of the coolest boyfriends ever and could not help being a possessive girlfriend. I am 22 now and turning 23, at the age that I am in a way mature enough not to ‘facebook’ my private life and I also realized that I would need to find a way to keep him with me but not necessarily have to be a possessive girlfriend. The reason is simple: if it is true love then I won’t have to chase. Seriously. I would rather keep that for me and only my closest friends to know in order to protect my relationship.

There are some highlighted moments of my love-life for which I always feel grateful towards some of the guys I know for giving me a clearer understanding of who I am and most importantly, is to be confident of myself. Here is an interesting one:

There were me and Pippa, who is one of my closest Aussie female friends together with many other ‘Hyatt’ colleagues of mine. I bumped into HIM at a farewell party of one of my male colleagues as he was leaving for ‘the vibrant’ Sydney. “HIM” – N.L was the coolest guy at the party who had worked before at ‘the hotel’ where I was working at that time. He’s a perfect combination of the half Western and half Asian type and obviously that I did not really have a reason not-to-like-him. But it was just IT – he was just so damn cute and we spent a bit of time to get to know each other during the night. Pippa was so on to him I could tell and it is pretty normal still. I had to leave early that night as I had got to start a very early shift next morning so I guessed, it was nice meeting him but this could be first and the last time we met.

On the next day:

A few days after:

“Hey Cam!” – I was called by another male colleague who also joined the farewell. “Hey, what’s up?” I replied. “What do you think of my friend?”. “You have so many friends, what are you talking about?” – I questioned. “Well you know I’m talking about N.L, the guy that you met at the party…”. “Ahh! I think he is a nice guy, he added me on Facebook the other day, but that was just it…”

There was a night unlike any other night:

I logged on to Facebook and keep my Facebook messenger on. N.L buzzed me and ‘officially’ said “hi”. I could not remember how much time we spent on the chat. The only story that I could remember until now is when we was having the ‘men and women’ debate and how he complained to me that his female colleagues could easily get uncomfortable when they constantly hear the pen clicking sound. And I did agree with him that women sometimes can be very sensitive whereas men would only pay attention for what they are interested or what really matters to them (Please do correct me if I’m wrong).

The conversation went over 2 hours I guess then N.L greeted me goodnight. He also mentioned that we should catch up for a coffee sometimes.

For some stupid reasons I went extremely quiet…

I got some news from the hotel school where I studied and learned that we would be relocated to Sydney. I was a student on an industry placement (IP) at that time so it also meant that I would have to move to Sydney at the end of my IP.

The night before I moved to the new city:

I was face-booking as usual. For some reason I kept staring at the Facebook messenger… There was something inside my head right at that very moment which made me start to count 1, 2, 3… And guess what? He was there starting to type:

“I know you are moving to Sydney…”

“Just wanted to say hello and I don’t see you until then, please take care and I wish you all the best”…

I was like… seriously :(. I remember I admitted something to him. I said I wish we could spend more time to get to know each other.

I moved to the new city and not-by-accident, I had a “CANBE” (short for Canberra) reunion with the host of “the farewell party”.

“Well, it is because, my friend N.L is a type that many Asian girls out there would get melted for and you don’t seem to show any interest”.

So Camellia went silent again as she didn’t really know what it was like to have to show her interest in somebody. And she was dying, little by little…

After that, I came back home in Vietnam for a short trip for my sister’s wedding in the end of 2011 and I also learned that N.L had moved to a new city. I wish him all the best.

I think I was at Wild Fire, a restaurant Sydney with a friend of mine. The coincidence is that the waiter who works there is gay, oh, no, I meant, he used to work at the hotel.

“Oh, so you worked there as well? Do you know N.L by any chance? The guy who used to work in….?” He asked me. Yes I do know him (Yes you have just asked the right person and thank you for having reminded me of him!) “You know what? I liked him but he is straight”. “Well, I know right…”

After dinner, I was walking down the street, back to Sydney CBD and sent N.L a text message: “I met this guy at the restaurant. He said he worked at the hotel that we both worked before. He liked you but you are straight unfortunately. Good night 🙂